SANiCH UNiON is a wicked awesome food truck run by Chefs Phil & Vanessa Coulson. ​ On September 10th, they'll be making their Michigan Football debut at The 2100 Club!  They are very excited!

Place your Hawaii order today!  Limited number of meals available!  To pre-order, you must have a 2100 Club parking reservation.

Their Story:  They met in 2009, while cooking at a restaurant called UNION, located in Boston's South End neighborhood. Long story short: They fell in love, got married, and moved to Michigan.​ ​ Both love to cook and love to eat, especially sandwiches! THEY LIKE TO CALL 'EM "SANICHES". ​

While working long hours, they discovered a sandwich could be both quick and satisfying, but they wanted more!  They started recreating classic sandwiches, burgers, breakfast saniches along with some pretty tasty side items. That led them to cooking a variety of cuisines!

If you've tried anything from SANiCH UNiON, you know they don't run the same boring menu every time. They like to change things up!  Custom menus are what they're all about. ​ Know this: When you try food from SANiCH UNiON, you'll always get cuisine that is well executed and well seasoned.  Plus, great hospitality to boot!

Sanich Union Chefs Phil & Vanessa will be serving a terrific Tailgate menu from their food truck at The 2100 Club!  Show up!  Pick up!  Eat up! 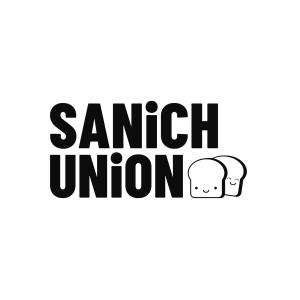 Are the above details correct?

YES    NO
Save Changes

Please enter your email address. You will be sent an email with a link to reset your password.